After last Sunday’s power failure debacle at Villa Park, the Premiership panto pushers have been forced to try and think up a suitable excuse for the gullible public. Drawing on the incredible coup achieved by the makers of Dallas in the seventies, when in order to bring Bobby Ewing back to life a whole series of the show was consigned to the ‘it was all a bad dream’ bucket, Premiership bosses have secretly filmed footage of Sundays abandoned game where INCREDIBLY, hopeless Villa actually win!!!
Hammers fans have poured scorn upon Villa boss Paul Lambert who has tried to seize the opportunity to resuscitate a moribund Villa squad by pretending that they actually won the match! Meanwhile, Big Sam has refused to enter into any dialogue for fear of receiving yet another hefty fine for stating the obvious truth. 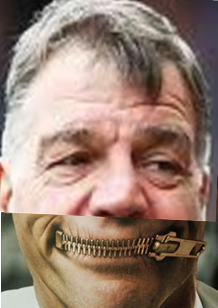 Rumour is that the footage of the ‘fake’ match was ironically filmed at the old Hammer house of horror studios in London and that Oliver Reed is the evil referee who unjustly awards Villa a penalty and free kick for their ‘surprise’ second half goals. Film critics have laughed at the project, labelling it utterly implausible – especially the bit where Darren Bent prevents a certain Hammer’s goal by patrolling the Villa goal line with 15 minutes to go!
Posted by Verywestham at 15:00