In almost astonishing news today, it was reported that Hammers boss Sam Allardyce has been heavily punished by the FA who dished out a colossal £8000 fine for illegal parking outside their offices in London and then sentenced him to a full ‘Manx style’ birch-assisted public flogging for his recent post match comments after West ham’s ‘disappointing’ experience of match officialdom during their recent visit to Old Trafford.


Former National hangman Albert Pierrepoint , who may be related to 19th Century French guillotinists, rowed in strongly behind the FA bureaucrats expressing his support for their efforts to ‘finally crack down and set a bloody good example to the rest of those undisciplined Premiership managers’ in moves that are in no way thought to reflect a cynical effort to garner lucrative contractual work for his hangman and guillotine company, he added ‘ They should up the ante for any who persist in these flagrant breaches of the rules by adding a range of additional more severe punishments’ 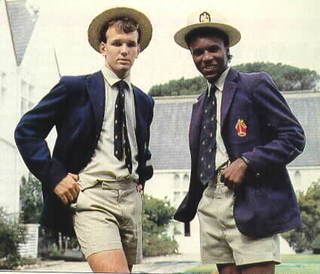 Rumours abound that Big Sam may be bold enough to launch an appeal seeking that the sentence be commuted to the lesser punishment of a mere ‘public humiliation by rotten fruit and veg pelting’. His case is thought to have been greatly strengthened by the kind offer to assist with the ‘pelting’ from some Hammers fans along with squad members who have been consigned to the reserves and are, as fortune would have it, at a loose end. 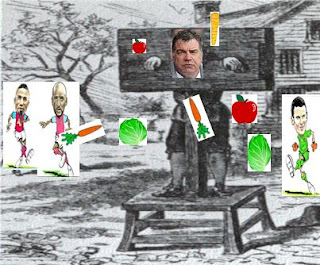 Man United boss Sir Alex Ferguson has conveyed his royal approval for the moves but is keen that the FA also address the growing problem of visiting sides who have the audacity to refuse to concede a goal within the first twenty minutes or who rudely contest calls for throw ins and corners. He has offered to add a detention suite to the Old Trafford development to assist in remedial therapy for such offenders 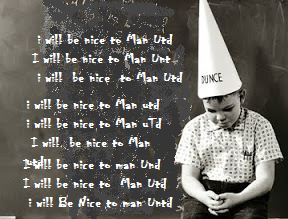 In other developments, Sir Alex and his backroom staff have agreed a deal with the North Korean Government that will bring a revolutionary solution to their recent ‘misfortunes’ in the Champions league. In a top secret deal with UEFA, the Devils have agreed that from the knockout stages onwards, any opposing players or staff who do not adhere to the ‘away side will desist’ house rules at Old Trafford will be immediately removed to the Devils Asian training facility for sustained corrective intervention. 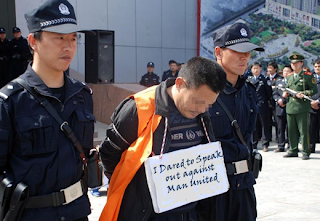