Zoumagate: what is the right punishment? 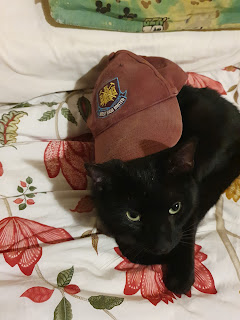 As the media tsunami continues about Kurt Zouma's sickening abuse of his pet cat, you have to wonder where it will all end up.

With a quarter of a million fine, confiscation of his two cats, loss of sponsorship and widespread ridicule, its fair to presume that Zouma must be feeling truly sorry for his actions.

But it seems that there can be no ceiling to the demands for even greater punishments as the righteous indignation continues unabated with calls for a season-long ban etc.

It seems whatever West Ham do that it will not be enough. Zouma has already faced the ire of fans - both home and opposition having persistently booed his every touch against Watford.

And at Leicester yesterday it all seemed to get too much for him as he was withdrawn at the last minute due to feeling unwell.

Some might say its best to let him face the music and work his way through the disapproval. He is going to have to do that at some point.

Unless, of course, some commentators want to end his career and livelihood altogether - a response which seems excessive and frankly unkind.

There can be no defending Zouma's actions - a rarity in modern life where even heavy duty criminals frequently cite childhood adversity as an excuse for the most heinous crimes.

The very fact that Zouma seems to have failed at the time to recognise how unacceptable the behaviour was suggests that education has to be part of the response.

There is always something to learn from any situation - in Zouma's case it focusses upon what is the correct response and whether forgiveness is something that can ultimately occur.

Perhaps its time to get off the condemnation bandwagon and examine what can usefully be done to address this type of behaviour.

In the end, scorn and indignation is never enough on its own - lest we forget "the quality of mercy is not strained"