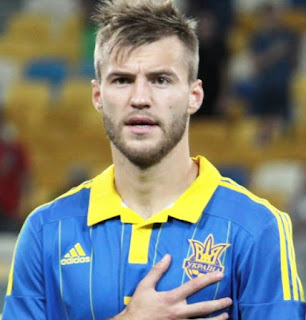 The ever-increasingly politicisation of football is something that purists frown upon as it distracts from the real business at hand - footy!

As Bill Shankly allegedly said - some people think football is a matter of life and death but its more important than that. It's well recognised that his remarks were made in jest.

The awful situation unfolding in the Ukraine at present casts a shadow over everything else and reminds us that ultimately football is a sport to entertain us while we get on with the real business of life.

It was hard not to feel that the best scenes in the Everton vs Man City game yesterday where the displays of solidarity with Ukraine that preceded the match.

Let's do something similar for our man Andriy Yarmolenko today. He's one of the big personalities in World football and Captain of the Ukrainian national team.

This assault is on all of us, our democratic way of life and our value of freedom and dignity.