Kids For A Quid Scheme Gets Out of Hand! 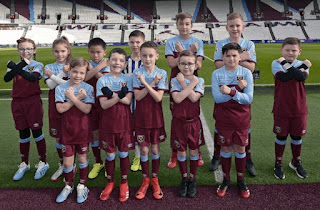 Back when Mr Gold and Sullivan took over at West Ham they promised affordable football for all the family. Apart from budget season ticket prices, the 'kids for a quid' scheme has also helped to fill our massive new stadium.

Tonight that scheme moves to another level as the mighty Hammers field a starting XI of kids in their Europa League phase one finale. It's a big night for our U23s as no less than five of our starters are from the academy!

Fans will get to see what we've got in defence as the complete back four are all less than 21 years old. Fans have been hearing great stories about Baptiste, Ashby and Perkins and now at the happiest club in the league they get to strut their stuff on the European stage.

Let's hope that it doesn't go all Notts Forest out there but if they get into deep water Diop, Coufal and Masuaku are on the bench while Benrahma and Lanzini are available if we need some creativity.

Whatever happens, it's a proud night for the club to be able to deliver this spectacle!