Moyes Throws Down the Gauntlet as Hammers Look to Nail Gooners 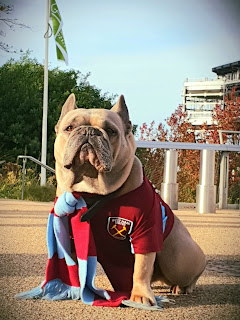 West ham make the short trip across London to the Emirates for tonight's crunch Premiership clash. The Hammers will be still smarting from the disappointing draw up at Burnley at the weekend but can make up for that by beating the Gunners tonight.

That will be far from easy though as they have lost ten of their last eleven trips to the Emirates. Moreover, Arsenal seem to have found their groove under Michel Arteta and are just a point behind fourth placed West ham going into the match.

There's no return for Aaron Cresswell, with Masuaku hoping to maintain his good form at left back. Pable Fornals returns, displacing Said Benrahma, with Manny Lanzini continuing in the starting XI.

Arsenal are close to full strength despite all the in-house Covid difficulties of recent days with the exception of Augbameyang who is dropped due to discipline issues.

David Moyes will be hoping that his attacking unit kicks back into gear with eyes on Michail Antonio who has been just 'average' in recent games.

Rory Nostradamus is going for a 2-1 away win.