Some of the key battles exposed as Hammers face Baggies 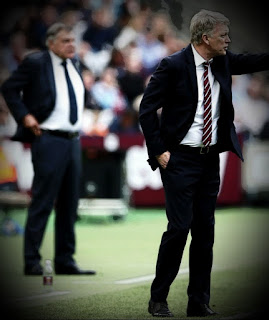 It'll be an intriguing battle tonight as Sam Allardyce returns to West ham with his West Brom side looking to topple David Moyes 'new' Hammers. The Baggies will be buoyed by their weekend win against Wolves which underlined how Big Sam can change also rans into survivalists. Suddenly West Brom have hope and that can be a powerful energy in football.

However, David Moyes is one manager who has what it takes to manage the Allardyce method as he also subscribes to the keep it tight and take your chances when they come school of tactics. Moyes has an impressive record against Big Sam over the tears and will be well prepared for the Baggies.

The Baggies have been leaky at the back with the worst goals conceded (41) and negative goal difference (-27) in the league. The Hammers meanwhile, have discovered how to defend in a sequence of games dating back over January where the Irons have learned to keep clean sheets in a way that would make Big Sam proud!

Having lost just two of their last nine games - both unluckily against Man Utd and Chelsea, the Hammers have not conceded in their last 5 games, which must be close to a record for the club! Central to the recent shut out at the back has been the arrival of Craig Dawson. Many Hammers fans raised an eyebrow when the ex-Baggie arrived but he has been no Roger Johnson as a string of excellent performances has Issa Diop and Fabien Balbuena wondering how they can get back ibto the frame for a starting berth at centre back!

A key tussle will be in midfield where the Rice-Soucek partnership will expect to dominate. Out wide, the Baggies will hope that ex-Hammers Diangana and Snodgrass can outperform Bowen and Benrahma. The expensive Hammers wide men have underperformed with Benrahma yet to score for his new club, while Bowen was the subject of much criticism after his 17 possession turnovers against Burnley on Saturday. Tonight represents a big opportunity to underline that they are an upgrade from Snoddy and Diangana!

In truth, the Baggies were very fortunate in getting two soft penalties against Wolves to grab only their secobd win of the season, while West ham could and should have beaten Burnley by more than a single goal. As Antonio gets closer to full fitness they will make more of their chances but he may find another game coming just 3 days after a full 90 minutes against Burnley a challenge.

Which serves to highlight the lack of attacking depth in Moyes squad as the Hammers are still searching for a replacement for Seb Haller. Moyes has been talking up the prospects of young Irish talent Adamipo Odubeko and who's to say he could star tonite.

The bookies have the Hammers at 5/8 and West Brom at 7-2. Mystic Mark Lawrenson reckons the Hammers will prevail 2-0. One wonders if SuperSlav will be watching on in interest?

Kick off is at 6pm, an unusual time so make note!