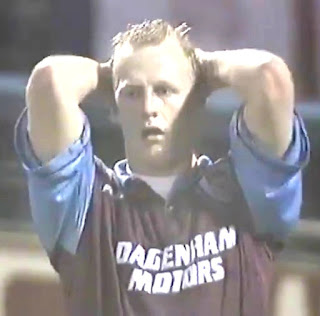 Fred Perry, Martin Fry, Jason Manford and errr... that Iain Dowie own goal from 1996. That's what Stockport brings up in our house!

Sadly, County have slipped out of the league but tonight provides an opportunity to swoon in the limelight and go for a major giant killing coup against Premiership comfortables West Ham.

David Moyes must have sensed trouble or perhaps he is feeling that the Hammers midtable safety and squad depth allow for a decent run at the FA cup as he has chosen a strong starting XI that is mostly comprised of first tier players.

Michail Antonio leads the line while Said Benrahma will be looking to open his Hammers account. It's more valuable game time for Ben Johnson while the bench has plenty of kids and some big impact subs in case County get a foothold.

Let's hope we get a chance to see Irish talent Mipo Odubeko get a run. Anybody who has seen his performances since returnibg from injury will be salivating at the prospect of seeing him bring his abrasive skills to the first team

Hopefully some astute channel will have Iain Dowie giving his perspective and maybe some further clarity as to what he was thinking with that infamous bullet header! Personally, i'm convinced he momentarily forgot that he was on the defending team!

Wayne Rooney's younger brother is playing for County who are managed by Jim Gannon who played on that infamous night in 1996!

Don't ya just love the cup!