Player Ratings as Hammers go Fifth With win over Villa! 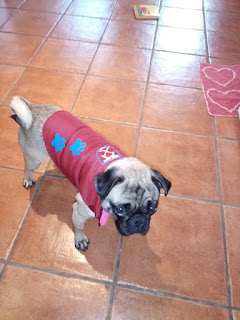 Fabianski: Wow. Proved once again that he is our best keeper in years with a series of important saves that were key to taking all three points. Had no chance with Grealish's deflected goal.8/10

Coufal: Did really well against the roving Grealish with a series of no compromise chalkenges that were well timed. Had to curtail his attacking instincts for once. 7.5/10

Ogbonna: Another top performance. Calm and assured. Great to see him get a goal too! 8/10.

Balbuena: Solid performance again but does hoof the ball a bit too much and we needed to hold more possession.  6.5/10.

Cresswell: A bit off form and also didnt link especially well with either Masuaku or Fornals. A tough night! 6/10.

Masuaku: Never got hoing and subbed at half time to switch to a 4-5-1 to try to stop Villas midfield dominance. As it turns out we were possibly worse in the second half!. 6/10.

Rice: Not at his best as we struggled in midfield. Still managed plenty of interceptions but didn't hold enough possession. 6.5/10.

Soucek: Looked tired and didnt get forward as much as we have come to expect. 6/10.

Fornals: Another player who struggled as Villa held so much possession. 6/10.

Bowen: One of our better performers on the night and a cheeky goal to round off a good showing. Still runs out of puff after 70 minutes but thats probably a measure of the shift he puts in up to then and we have decent options off the bench. 8/10.

Antonio: struggled to get involved and looked tentative coming back from his hammy recurrence. Will benefit from the 45 mins of action though! 6/10.

Haller: Seemed interested enough but really not in the same league as Antonio for harrying opposition defenders which was needed on the night. Did well in the air but we didn't support him enough. 7.5/110.

Benrahma: There's a good feel about this lad. Did well to assist Bowen in what was the crucial strike of the game but then forced to defend for the rest of the half which is not his forte. 7/10.

Noble: His entry had a calming effect for those watching but in all honesty we looked shambolic for the final few minutes. 6/10.