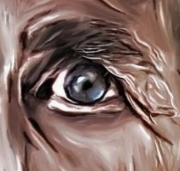 Let's be honest, Leeds United have never been a favourite amongst opposition fans but many were more than a little pleased to see SuperLeeds return to the top tier - if only in the hope that we might get a chance to see our side beating the premiership newbies.

However, under Marcelo Bielsa Leeds have shown that they are more then able for the top flight with a series of impressive performances this season and a decent points haul from matches that have been entertaining to watch.

And so the hammers head North hoping to build on a season that has so far been a major success. Both sides are coming off the back of unlucky defeats - West ham having fallen foul of some bad officialdom that turned the match against Man United who before Pogba's goal looked unlikey to get anything from their trip to the London stadium. Leeds, meanwhile, were very unlucky to lose to a late Chelsea strike.

With both sides well clear of any relegation worries we can expect an open and attacking game with plenty of goals. Hammers fans will be worried by the absence of Arthur Masuaku through injury which is likely to destabilise their very successful 5 at-the-back formation. Just how David Moyes will adapt to this challenge remains to be seen.

Similarly, there seems to be much uncertainty over the fitness of Michail Antonio with conflicting reports as to whether he will be available for tonight's clash. West ham will need to play with mobility if they are to stop Leeds free flowing football and many pundits see Masuaku's absence as a big opportunity for the impressive Said Benrahma to get a chance to strut his stuff.

Not surprisingly there have been varying predictions from the pundits with Mark Lawrenson opting for a Leeds victory while Michael Owen fancies the Hammers to come out on top. Either way, we can expect an exciting contest with plenty of goals. The Bookies have Leeds at evens with West ham at 2 to 1 for the win.