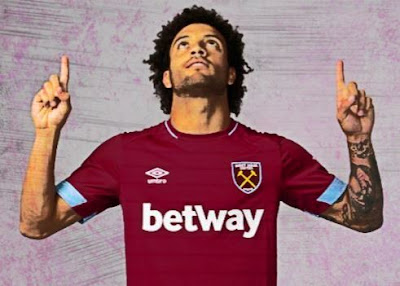 The Hammers picked up a confidence-boosting win yesterday against an out of sorts Burnley side at the London Stadium. After a host of changes to the side during the Summer, Manuel Pellegrini's players are starting to look like a decent unit. Things are really looking up as the Hammers face into a series of fixtures against lower half sides in the Premiership. Here's our player ratings from what was a thrilling 4-2 victory:


Lukasz Fabianski: 7
Pulled off one crucial save. Couldn’t do much about either goal. He exudes confidence.


Pablo Zabaleta: 8
Captain for the day and boy did he lead the side through example. Poor Ryan Fredericks will just have to wait as understudy to the Argentinian ace who is enjoying an extension to his fine career.


Issa Diop: 6
Once again a solid performance but will be annoyed to have conceded two goals to such basic tactics as Burnley employed.


Fabian Balbuena: 6
Similar to Diop, solid but caught out for the first goal. At £3.5 million Is he the bargain of the season?


Aaron Cresswell: 6
Did nothing wrong but would like to have shone a bit more on a day when the team were so dominant.


Declan Rice: 8
Starting to strut as he grows in confidence. A real presence in midfield these days and is now probably the first midfielder on the team list?


Pedro Obiang: 6
Reasonably quiet day until his injury forced an early exit. His is the thankless enabling role in midfield.


Robert Snodgrass: 6
Is repaying Pellegrini’s faith in him with better and better performances each week. He is now playing like the prospect we received from Hull City a few seasons back and had a major impact upon the pace of the game yesterday.


Grady Diangana: 9
A real crowdpleaser – pacey, skillful, cheeky. Maybe needs to try a little less but along with his individual skill is now linking better and better with team mates. Denied a definite penalty and also forced a challenge that could have drawn a red card in the build up to Anderson’s first goal.


Felipe Anderson: 9
Probably shades the Man of the Match award with two goals and a host of important interventions over the 90 minutes. When he is on form he is superb. Consistency will be the key but aren’t you just salivating at the prospect of teaming him up with Lanzini in a few weeks time?


Marko Arnautovic: 8
An endless irritation for opposition defences with his pace and aggression. Had fun teaching Tarkowski a lesson after falling victim to a nasty early challenge. Always involved and it cannot be overstated how much he drives the team forwards.

Scored one and was unlucky with another. That’s his job and he did it!
Michail Antonio: 6


Delightful chest down for Chicharito’s goal and looked happier in a hammers shirt than he has done in a long time.
Angelo Ogbonna: 5
Took his time entering the fray in a stoppage time wasting substitution!