In Marko We Trust! 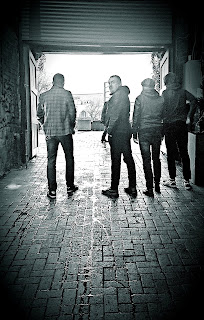 It's on days like today that you realise how valuable Marko Arnautovic is to West Ham. Without our talisman we would bring very little hope to a clash against an expansive Man City side who will enjoy the space of the Olympic Stadium to ply their sophisticated trade.

However, with Marko on patrol City will be less able to relax on the ball and he will keep their defence honest and firmly in their own half. And, of course, there is his ever-present scoring threat.

All of which underpins the relief at Arnautovic's comments on social media, distancing himself from his agent-brother's comments about needing to move to a bigger club.

These International breaks have reached a frequency where they rankle with many fans who couldn't care less about insipid friendlies apart from the worry about potential injuries for our players. Moreover, the press drum up faux-controversies about alleged player unrest just to try to keep our attention. Thankfully, Marko has come out firmly to quash rumours about a January exit saying; "To all the fans don't put bad energy into comments. Nothing is true from the newspapers its not always good to believe what u read."

So back to business then...certainly the bookies give Manuel Pellegrini's side little or no chance offering 11/1 against a home win, with top of the league City quoted at 4/1 on. Even a draw is 5/1 against! Having netted 15 goals in their last 3 games, the Citizens are better than evens to score at least three today against a Hammers defence that has only managed 2 clean sheets all season!

You'd be more than happy to settle for a draw but against Chelsea, Spurs and Man Utd Pellegrini demonstrated that he can be practical when needed and that for all his attacking emphasis, he can organise a solid defence.

VERYWESTHAM have American guests accompanying them today and they will be looking for a lively encounter - it's likely they will get exactly that.