West Ham Rediscover that Lions feeling - but at a cost! 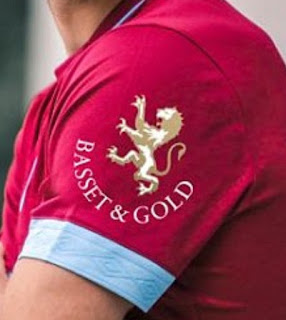 We all know that West ham won the World Cup in 1966 with the three Lions of Hurst, Moore and Peters leading the charge. However, since then its been hit and miss for West Ham players getting into the England side.

Our beloved neighbours over at Tottenham tried to bridge the gap but came up short against a modest Croatian side who look set to be mauled by France in tomorrow night's final. Put simply, an England side without a healthy dose of Hammers cannot expect to win anything significant!

With the current squad as international as West Ham have ever been, there are few players likely to break into the England set up - with the most likely in Michail Antonio possibly on the move out of the club!

As a consequence, if the Lions don't invite you to join them maybe its best to create your own and thats what West ham have done with their new sponsor, Bassett and Gold will bring a Lion logo to the claret n blue.

Frankly, its awfully Villa-like and along with the Burnley-esque home jersey not in keeping with our tradition.