Having signed a two-year extension as manager of the Hammers, and with Premiership survival for next year guaranteed, Big Sam and the squad decided to head off on an early holiday. The boffins down at the Boleyn have come up with a cunning solution to the minor inconvenience of two remaining Premiership fixtures by recruiting a team of ‘trained’ actors to impersonate Sam’s lads and see out the season. 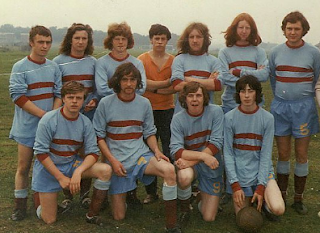 Sadly, as the first half has shown, the first XI of the Greyhound pub in Romford are not quite at Premiership standard and have struggled against an Everton side who seem to believe that with David Moyes’ imminent departure to Old Trafford, that they are playing for a place in Man United’s squad for next year.


Unfortunately, although nobody really cares about this meaningless mid table obscurity context, the rules must at least be seen to be adhered to and some of the first half antics have made it nigh on impossible to miss the fact that these Hammers impersonators are not proper pro soccer palyers….for one thing they haven’t managed a single dive or referee surrounding incident through the entire half.
Total bloody amateurs! Word is that Big Sam has been on the phone for Majorca and ordered that the Hammerettes take the pitch for the second half... 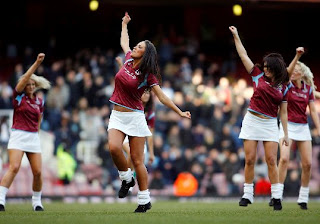