Moyes ready to stake the heart of Dracula's boys! 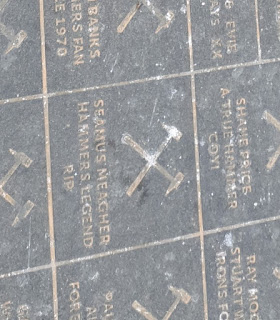 Ok, it's a bit corny but on the long trip from the West of Ireland for tonight's action you get to watching a shed load of footy clips. The ' stake to the heart' quote comes from a clip of Middlesboro's goal against Steau in a UEFA cup tie for 30 odd years ago.

Steaua were a big scalp back then, but as they visit London tonight its the Hammers who are the favourites with their expensive squad and stadium.

David Moyes has opted to use the game to test the depth of his squad and gives valuable game time to Cornet, Scamacca, Cornet, Palmieri, Ogbonna and Areola. It's a decent attacking unit and after brushing aside Viborg 6-1 in the qualifying round we are ready to play some ball!

It's a huge night for Flynn Downes as he makes his first start for the club.

Steaua are no fools and will be looking to keep the game tight and notch some points on the board, while Moyes will want to nail down a commanding win to take control of the group.

Paqueta, Zouma, Fornals, Bowen and Antonio all wait on the bench in case they are needed. Dawson returns to the squad.

It's a brilliant atmosphere around the ground!