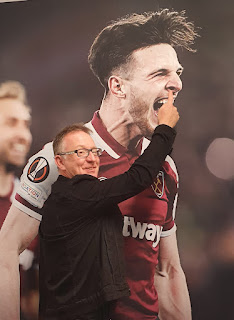 David Moyes' men travel across London to Stamford Bridge to face an out of sorts Chelsea today.  Having lost 3 of their last four, Tuchel's side desperately need a result, while the Hammers have started to click in their last two games.

Gianluca Scamacca is still out with an illness, so Michail Antonio agsin leads the line after his tremendous MOTM performance against Spurs in midweek. Lucas Paqueta starts as Benrahma and Cornet await on the bench. Emerson replaces the injured Cresswell.

Despite all the incomings, Moyes still has two goalkeepers on the bench!

This one is hard to call as both sides are in and out of form just now. Tuchel's men are probably under more pressure just now but both sides need a good performance.