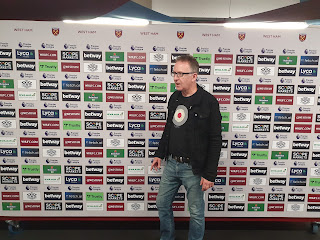 It's little surprise that David Moyes has shuffled his ever increasing pack for the trip to Villa today, but all the same he appears to have gone from his ultra-conservative former self to a tinkerman approach to team selection.

There are five changes from the side that brushed aside Viborg in midweek with a number of significant surprises!

Perhaps most surprising is the immediate inclusion of Emerson Palmieri with the red hot Said Benrahma dropping to the bench. Michail Antonio looks set to enter as an impact substitute as Scamacca gets the starting berth up front. It's a big game for Pablo Fornals with Pacqueta about the enter the equation, while Ben Johnson maintains the right back spot ahead of the recovered Vladimir Coufal.

We can expect some interesting defensive changes in the coming weeks as Moyes may go to a back five and has plenty of options across the back line with Oggy regaining fitness, Dawson soon to return and Aguerd on the mend.

Jarrod Bowen and Declan Rice are both back today after a midweek rest.

It's time to start getting some points on the board as Moyes' men are firmly on the bottom of the league after three consecutive defeats.