Hammers Coasting at the Break 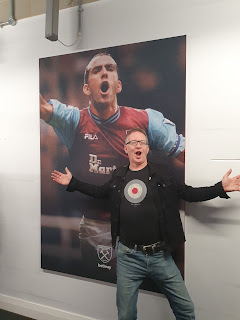 It's all going according to plan for Moyes' men out in Denmark as they lead 1-0 on the night and are 4-1 up on aggregate.

Gianluca Scamacca scored a strikers goal half way through the half to complement a powerful performance from the big man. Elsewhere, Viborg have been feisty and not afraid to use their superior height to creat some decent chances and will feel unlucky to be behind.

Lanzini is running midfield, while Ogbonna looks in control at the back. Benrahma et al are buzzing about.

An early second goal should allow Moyes to give valuable match time to some of the youngsters on the bench, including recent signing Flynn Downes as well as Coventry and Okuflex.

Don't rule out a Viborg comeback though as they have moved the ball about nicely and could easily have scored twice in the first half only for heroics from Alphonse Areola.