Hapless Hammers Stumble to Half Time 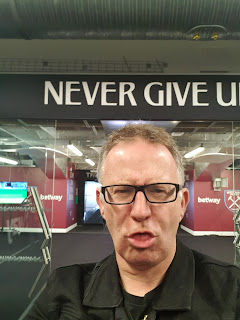 It's been further disappointment for the Hammers in the first half of their clash away to Villa. Moyes has gone wth 3 at the back but the net result has been to make it seem like Villa have an extra man as they have lorded possession.

Declan Rice is (again!) Misfiring while our front players look like they have only just met for the first time.  Scamacca has been isolated and ineffective.

Ben Johnson has gone off injured with Vlad Coufal on as a replacement.

In all honesty, we have barely strung three consecutive  passes in the whole half!

West ham have come out on top in all the the most recent 5 games with Villa but are unlikely to continue that run based on the first half action.

Moyes has much to think about as the team look clueless. Mercifully, he has plenty of decent options on the bench with Antonio, Benrahma, Cornel and Lanzini all capable of shaking things up.