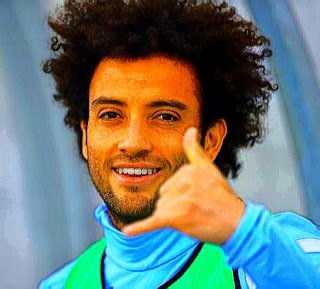 As the Summer transfer period trundles along in the background of the World cup, the biggest target in West Ham's sight is Lazio's Brazilian talent, Felipe Anderson.

Lazio and West ham are locked in a game of wits regarding a transfer fee with personal terms of 80k per week agreed with Anderson himself. Lazio are holding out for an alleged E40k while the Hammers have offered 30k.

However, a deal seems likely as Anderson is mainly employed in a substitute role by Lazio and although a real attacking force when on form, he is prone to inconsistency. Therein lies the principal factor that has limited his game time at Lazio and that explains his absence from what looks a pretty modest Brazilian World Cup squad.

40 million for a player who doesnt make the World Cup and more often than not fails to make the starting XI at a club that finished a modest 5th in Serie A last season? You can see why the Davids sometimes take a cautious approach to the transfer market where its easy to waste hard earned resources!

That said, Anderson is now 25 years old and ready to push on. His ability in terms of skill is not in doubt as he has earned a host of accolades as the best dribbler in Serie A (!) And has in impressive assist and goalscoring record in what is a defensive league. His speed, ball control and positional versatility make him an ideal player to fit into the attacking berth created by Manny Lanzini's injury, while he is equally capable as a winger.

So, Arnautovic or Feghouli? The Lazio coaching team have commented on how Anderson is a confidence player who needs game time. With Mario gone and Lanzini out of action, it looks like the Brazilian may get a decent opportunity to strut his stuff at West ham.

If the clubs can agree a fee it looks like a good deal for all concerned!
Posted by Verywestham at 03:11