Ahead of the arduous cross-border journey to South Wales for today’s tasty top of the table tester, Sam Allardyce has expressed his concerns as to how his West Ham side might cope. Big Sam, reputed to be the Premiership’s most empathetic manager, is concerned that the trip may be overwhelming for some of his squad. “Joey O’Brien suffers from terrible motion sickness and the 330 km journey may be just too much for him to handle”. Even more concerning, new signing Matt Jarvis’ fear of heights may force the team bus to divert via Cheltenham in order to avoid the Severn bridge. "I’ve asked the rest of the squad to keep quiet about the the Severn Estuary’s propensity for extremely high winds and the fact that the 137M high pillars are in fact hollow" .

In addition to Carlton Cole's potentially fatal peanut allergy, the Hammers squad has been beset by a variety of niggling psychological ailments ever since the famous 1-0 annihilation of Arsenal in 2007 when Bobby Zamora’s goal copperfastened the Hammers total domination that day. Experts have postulated that the Hammer’s defence marked Denis Bergcamp so closely that they may have become infected with his phobia for flying.

Meanwhile, with the recent return of Georgie McCartney and James Collins to the Boleyn, sources have speculated that Bobby Zamora may also be on his way back to his beloved Hammers. Similar to both Collins and McCartney, Zamora had no desire to leave when he was foolishly offloaded to Fulham in 2008.

However, commentators can see no similar way back for Hammers half-legend Joey Beauchamp. The mesmerically talented Beauchamp, now 43, has apparently been confined to his bedroom for many years since becoming overwhelmed during his extended 58 day career at West Ham. It is alleged that during this time he was forced by then Hammers manager brutish Billy Bonds to drive the whole journey from Oxford without any psychological assistance or stress counselling. “That sort of harsh and insensitive player management is thankfully a thing of the past, I won’t have my players exposed to any of that kind of callous cruelty” observed the uber-sensitive Boleyn Boss. 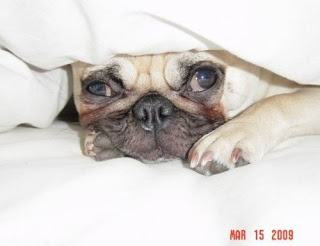 The last known sighting of Joey