Unconfirmed rumours around the Boleyn suggest that Big Sam recently despatched a team of undercover scouts to the basketball arena at the Olympics in an effort to capture some new talent for the Hammer’s premier league campaign. This will come as no surprise to fans of Sam Baldock, who, despite looking very sharp in pre-season fixtures, is packing his bags and heading for Bristol City having been deemed surplus to requirements at Upton Park.
However, leading Sizemologist, Dr Klaus Underhotter, speaking from his clinic in Zurich suggested that any number of solutions could have saved Sam’s West Ham career. “We have highly effective  stretch therapy machines, as well as a wide selection of stilt-boots that could have transformed his ability to contribute at set pieces”. The medical team at West Ham, however, are said to have arrogantly dismissed the revolutionary interventions as the rantings of just another pseudoscientific charlatan.


In another development, it is rumoured that the West Ham management are planning to invest in a carnival-type mirror system that will make the players seem even taller than they already are – a scary thought given that the starting XI on Saturday’s demolition of Aston Villa were on average  a whopping 6ft 1inches tall! Sadly, these mirrors will arrive too late to save Baldock from the horror of a move to ‘boring' Bristol. It is thought that Big Sam also believes that adding a sense of fairground freakishness could be a useful weapon to intimidate visiting fans – it certainly seems to have worked wonders for Stoke City.

Perhaps more worryingly, some observers have suggested that, with the exception of top international male model - dishy James Tompkins, the current squad already look frightening enough without the added distortion of freak-show mirror effects and that it is only a matter of time before they will have to close the family section at the ground to protect vulnerable youngsters.


However, sources close to the Boleyn countered that “any fans who survived the fearsome Tomas Repka and the spine-chilling Iain Dowie should be able to manage a veiwing of Joey O’Brien”. 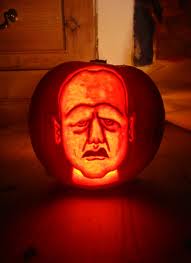 
Other sources have suggested that Big Sam is also concerned at the lack of a significant aerial presence amongst fans at the Bobby Moore end of the ground and wants to bring in a height screening test for season ticket holders. Not surprisingly, some high profile supporters with vertical disadvantage issues have responded angrily and vowed to form an action group. There’s no tolerance of heightism in Hollywood , so why should the premiership be any different – “just like us thespians, those footballers are all just prancing about, pretending to give a shit, acting the part until a better offer comes along” a spokesperson said. 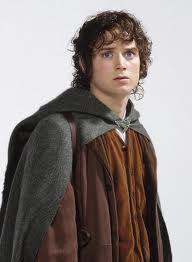