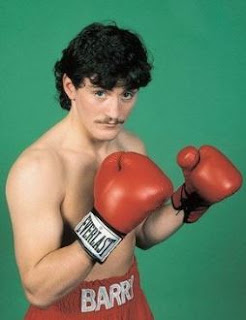 This really is the proverbial 'Barry McGuigan' tonight as West Ham's season is well and truly on the line. A win would keep the dream of Champion's League football next year alive. A loss will leave Moyes' men scurrying for a Europa Conference placing.

Last week's game highlighted Frankfurt's level of organisation and ability to control the ball for extended periods. In many respects, they are a Bundesliga version of the Hammers with a firm defence and rapid counterattacking style. With that in mind, first and foremost West ham need to be patient. Frankfurt will capitalise if we push the game too much but if we keep our composure the chances will come.

Secondly, West ham need to do better from set pieces. Last week just about every free kick/corner was flighted into the Frankfurt keeper's grateful arms. We can clearly do better and with an extra week under his belt Zouma can team up better with Dawson to cause panic at set pieces. That said, the delivery simply has to be better!

Thirdly, we need to be fully focused from the kick off. Last week's early concession of a goal was totally out of character. We showed great composure in getting back into the game and were certainly unlucky with the woodwork moments, but this is a very evenly matched tie. Frankfurt's fans will be noisy, but we have a lot of tough characters and a resilient team ethic.

The Hammers are due a slice of good fortune - tonight's the night we most need it!