Back to business with strong starting XI vs Canaries 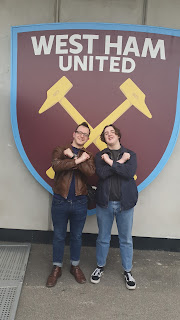 It's back down to earth after the carnage of Thursday night's exit from the Europa League. David Moyes' men are going to have to scrap for a European placing as Wolves are breathing down their neck for seventh place.

Higher up, Man Utd are in freefall after a humiliating 4-0 drubbing from Brighton. They are still catchable but only if the Hammers see off Norwich and Brighton, both away from home and hope for something against Man City. City may be less focused after Liverpool slipped up last night but you'd still  bite their hand off for a point!

David Moyes has picked a very strong starting XI, with Tomas Soucek the main absentee, as he slips to the bench and  Said Benrahma comes in, with Fornals likely to play alongside Declan Rice.

Norwich a playing for pride whilst the wounded Hammers need the points but may be tired after a tough midweek battle.