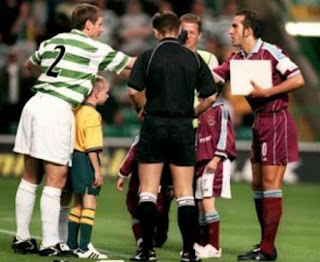 Preseason continued with an unexpected thrashing of Celtic in Glasgow. The game lacked the romance of the last meeting of these sides in 2000 for the so-called Di Canio celebration when Harry Rednapp's side lost 2-1.

Bit it was a different story on Saturday as the Hammers smashed in six goals and tormented an inexperienced Celtic back line.