Selection Headaches for Moyes as Season finally Takes Off 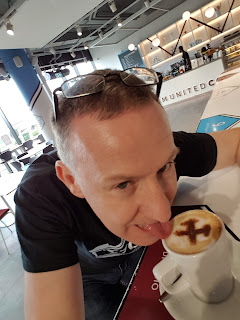 Suddenly it's all positivity at West ham. It seems that whatever was said or done after the embarrassing implosion at Everton three weeks ago, the message has hit home.

Yesterday's dismantling of Stoke City was reminiscent of the early days of Bilic. With a solid defensive foundation, the Hammers were able to pick an increasingly desperate Stoke off. At the end of the first half Stoke still hadn't managed a shot on target!

Up front we look hungry and organised. Somewhere along the way with SuperSlav we lost our way and stopped working with each other. The Link up play that created the goals, as well as a host of missed chances, was superb.

With Reid back from suspension one wonders whether he will walk straight back into the side! Both Collins and Ogbonna were excellent while Aaron Cresswell looks like his old self. Meanwhile Arthur Masuaku looks well worth his place and deserves the amusing "he's better than Lukaku" chant.

In midfield young Declan Rice is loving his chance to shine and may well be Pedro Obiang's starting partner over the next few games. Kouyate's expected return still seems uncertain and Noble will undergo a scan tomorrow one expects.

As such, Arsenal on Tuesday is not ideal but Wenger likes to play an experimental side in the Caribou Cup. Just what Moyes should do is debatable - with our new found form perhaps we can indulge the cup competition with a strong starting eleven. Conversely, Moyes is usually conservative and may prefer to focus on Premiership points.

Either way, it's great to have choices again.

BTW anybody seen Andy Carroll around?
Posted by Verywestham at 11:51