Hammers at the Crossroads, but Lingard is the wrong direction 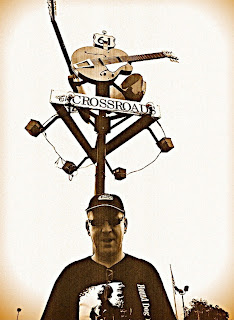 The Summer transferfest is well underway and so far West ham have done decent business bringing in a defender and a midfielder, as well as firming up the goalkeeping berth. However, put simply we need two strikers and still haven't sorted out the obvious shortcoming that has been the principal factor in limiting our rise over the past two seasons.

And still we seem locked into the tedious rumour mill around the 'capture' of Jesse Lingard. Frankly, the lad has demonstrated that football is not his primary concern and he is living off that half season of good form he enjoyed at West ham - take that out of his CV and he would be seen as damaged goods and certainly nowhere near his £200k a week demands!

Lingard's record clearly demonstrates that his Hammers 'holiday' was his greatest period - his scoring rate (9 goals in 16 games (0.56 per game) at West ham vs 20 in 149 (0.13). highlights the difference. In effect, almost one third of his Premier league career goals were scored during his West Ham stay!

Lingard is touching on 30 years old - in reality, Notts Forest or the MLS are more appropriate homes for his ageing talents. For West ham, we need to put our thoughts and resources into finding some striking back up for Antonio.

The terrible news about Seb Haller has brought him back into our thoughts. We wish him the very best of luck as he deals with his health issues. Although not the perfect fit for Moyes' Hammers he is an undoubtedly huge talent, and once a Hammer, always one of us.