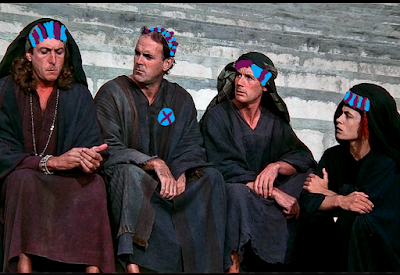 However divided West Ham seemed as a club a few weeks ago, the unilateral decision by the 'Real' supporters group to cancel the planned March has left supporters in a state of disunited disarray. With so many different groups involved, perhaps such a split was inevitable but its worth revisiting why the movement gathered momentum so quickly - and that was primarily because of a lack of confidence in the board delivering on a raft of promises. At present, for many fans looking on there is no real reason to believe that anything has actually changed - apart from a few more promises!

Let's hope that we don't descend into chaos and recriminations - early signs amongst the West Ham media are that this is likely as there are already a series of articles expressing a thinly veiled sense of annoyance with the march cancellation occuring in this way.

As a first step it will be good to hear more clearly what was so positive about the meetings with Lady Brady that has placated the march organisers? Given the background to this movement - where words like 'betrayal' have been bandied about, its hard to see how things have suddenly all reached a happy resolution.

For example, does anybody really believe that David Sullivan will relinquish ultimate control over transfers? We may well install a director of transfer activity but they will undoubtedly be answerable to the board. It also seems a big ask that such an opinionated force keep his thoughts out of the media. Leopard and spots comes to mind!

At this point it would be better to focus upon visibly achievable changes. The stated demands of the march were always a bit vague. One thing that is truly tangible is that the stadium design needs rethinking to make it more football-friendly.

Also, the club need to stop urging folk to join the hopelessly long season ticket waiting list - either its 20,000+ long or not. If it is, really what is the point of joining it apart from making a donation to West Ham Inc?

It seems unlikely that this story is over just yet! Let's stick together, whatever else this episode has created a sense of unity and purpose. The challenge is to keep that positivity focused where it needs to be on the bigger picture of making fans connected with and proud of our club.